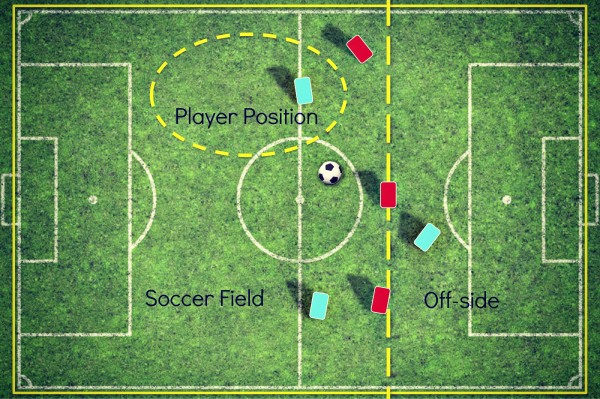 Reformed Christians hold to the principle of sola Scriptura. Only the Word of God has complete and absolute authority. It means that for the Reformed Christian what he believes, how he worships, and how he lives, is shaped by what God has revealed in the Bible. Nevertheless one observes differences between Reformed Christians on all three scores, even in the one church. How does a Reformed church determine what may and may not be tolerated?

To describe that let me use the game of soccer as analogy. (Please, do realize that the comparison is only valid for the points I make. Analogies are never perfect fits.)

The official rules for the game of soccer are set by an international organization: FIFA. FIFA determines the size of a soccer field, it determines when off-side is to be called, what offenses carry a yellow card or a red card as penalty. What FIFA is to soccer, God (and thus His Word, the Bible) is to life. Hence a Reformed church and Reformed believers will never act on own authority, but always operate in keeping with the instructions of God’s Word.

The Field Boundaries- The Confessions

Soccer is played on a field marked by outside boundaries. When the ball crosses that outside boundary, it is out of play. The confessions adhered to by a Reformed church function as the boundary of the “playing-field” for the Christian. Confessions mark in a systematic manner the boundaries of what a Christian should believe, what principles he should live by. Confessions mark the boundary between orthodoxy and heresy, between orthopraxis and sinful living. Straying beyond the confession is worthy of discipline (LD 31, CO art. 31).

For example: to believe that Jesus is not God is “out of play”, as is the conviction that it’s okay to have sex outside of marriage.

When in possession of the ball and playing on the half of the opposing team, soccer players need to keep the “off-side” rule in mind. A player not in possession of the ball and between the last defense man and the goal of the opposing team is “off-side”, he may not receive the ball. The defence men determine where the “off-side” boundary is during the game. As such, it is continually changing. (It is this ‘variance’ that is the point of comparison.) In a Reformed church, the decisions of church assemblies function somewhat like this “off-side” line. The most prominent of these decisions are found in the Church order. Church government marks the boundary between peace and disorder.

For example: in a local CanRC there is a pre-determined order for worship, but such an order of worship may vary from congregation to congregation.

A soccer team consists of eleven players on the field. Each player has a position. One player, the goal-keeper, functions slightly differently from others – he may use his hands. Although all players may be anywhere on the field (except off-side), they are expected to play a “position”. Some players will be more strict than others at playing “position”. Some “positions” (e.g. sweeper) may cover more ground than others. Consider an individual Christian to be a soccer player, placed somewhere on the field. Just as activity on the field is determined by the position one plays, so a Christian will fulfil his office and calling as God gives it to him.

God’s Word is the only and ultimate guide

God’s Word is the only and ultimate guide. However, within the boundaries set by God’s Word and “painted” by the Church in her confessions, there can be variance in practice from church to church and culture to culture, and from person to person. For the sake of truth and peace, God has commanded the Church to preserve the faith (see Jude :3) and determine order (see 1Cor 14:40). Within these bounds, individuals may act freely, as long their conduct is not destructive for others but seeks to build others up (see Rom. 14:1-15:13).

And thus there is divine wisdom to the having of confessions and church orders, as well as Christian freedom. Sola Scriptura leads to Soli Deo Gloria.