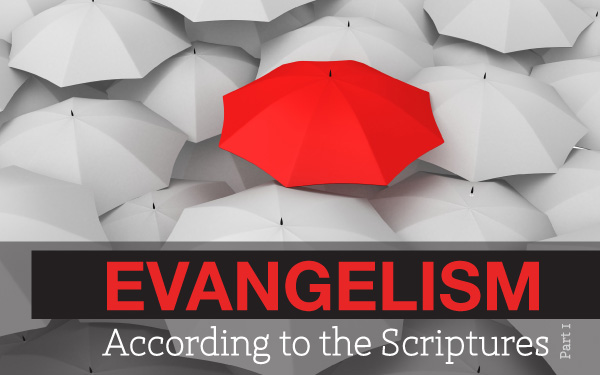 Evangelism according to the Scriptures

Evangelism is a topic which generates a variety of opinions among Reformed believers. On one side there are many who are passionate about evangelism. They are often disappointed, sometimes even frustrated, because they perceive that Reformed churches are too inward looking and too passive in fulfilling their evangelistic calling.

On the other side there are many who are reluctant about evangelism. They fear that an emphasis on evangelism will cause the church to become more ‘evangelical’ and less Reformed. They point to churches which are active in evangelism but Arminian in theology.

There is no doubt that both sides mean well and have valuable points to make. It is true that Reformed churches by and large do not have a strong performance record in terms of evangelism. On the other hand, it is also true that there is much outreach activity that does not reflect the full truth of the gospel. There is reason to be cautious.

In a series of three articles I would like to make some suggestions with respect to the ministry of evangelism: (1) its Biblical basis, (2) the approach to evangelism which we have inherited from the Reformed tradition, (3) and the practice of evangelism.

Evangelism in the Old Testament

In order for us to get a Biblical perspective on evangelism we have to start in the Old Testament. It is important to recognize that the people of Israel were set apart by the Lord to be a holy people and at the same time to be a light and a blessing to the nations around them.

A foundational passage is Genesis 12:1-3 which tells us about the calling of Abraham. The Lord called him to leave his country, his people and his father’s household and to go to the land the Lord would show him. The Lord promised Abraham that He would make him into a great nation, that He would bless him and that Abraham would be a blessing. The promise ends with these words: “… and all peoples on earth will be blessed through you.” (Gen. 12:3) We know that this blessing would ultimately be fulfilled in the coming of the Messiah. In Him the nations were to be blessed. This is a theme that is found throughout the Old Testament: the expectation of the Messiah who would come to restore God’s people and to whom the nations would come to receive salvation and an abundance of blessings.

But the fulfillment of this promise was not restricted to the work of the Messiah. Israel itself was intended and called to be a blessing to the nations. Israel was called to be a kingdom of priests, a holy nation (Ex. 19:6), set apart for the Lord, and at the same time called to proclaim the glory of God to the nations around them. Throughout the Old Testament we read about the desire that other nations would acknowledge that Israel’s God is the only true God, good and merciful. We read about the young Israelite girl who was taken captive to the land of Aram and who told her mistress that there was a man of God in Samaria. We read how this led to the mighty commander Naaman coming to Israel and eventually confessing “that there is no God in all the world except in Israel” (2 Kings 5:15).

The desire that the nations would join God’s people in worshipping Him is reflected clearly in the Psalms. Psalm 67 starts with a prayer that God might be gracious to his people, bless them, and make his face shine upon them so “that your ways may be known on earth, your salvation among all nations.” (Ps. 67:2) In these words the priestly benediction of Numbers 6 is quoted (“the Lord make his face shine upon you”). The desire is that the nations of the earth would share in this blessing: “May the nations be glad and sing for joy, for you rule the peoples justly and guide the nations of the earth.” (Ps. 67:4)

More passages from the Old Testament could be quoted, but we see an emerging pattern: In the first place, Israel is God’s special people, his chosen nation. He dwells among them and they experience his blessings. In the second place, Israel is intended to be a blessing to the nations around them. God’s people (should) have an intense desire that the nations would be able to see that life in the covenant is good, and that there will be a future during which the nations will come and join God’s people to declare God’s praises.

Evangelism in the New Testament

The New Testament reveals that the prophecies of the old covenant have been fulfilled in Jesus Christ, the Son of God. He has accomplished everything which the Saviour was called to do: acquiring for God’s people forgiveness of sins and reconciliation with God. These blessings are not restricted to the people of Israel. Before He ascended into heaven the Lord Jesus gave his disciples the great commission: “Go and make disciples of all nations.” (Matt. 28:19)

The apostles went forth and proclaimed the gospel of Jesus Christ who was crucified and risen from the dead. Beginning from Jerusalem, they moved to Judea and Samaria and then other areas, calling everyone to repent and have faith in the Lord Jesus Christ. People from different cultural and national backgrounds were incorporated into the church of Christ: Jews and Samaritans, Greeks and Romans, blacks and whites. God’s people are recruited from all nations in the world.

The new covenant differs from the old covenant in many ways. But some things have not changed at all. Believers are still aliens and strangers in the world. They are still called out of the world to be a holy nation, yet they are called to live in the world as a blessing and a light to the people around them. The original calling of Abraham still applies today!

Among the passages that highlight this aspect Matthew 5:13-16 is well known: “You are the light of the world.” Followers of Christ are called to let their light shine before men, “that they may see your good deeds and praise your Father in heaven.” A similar passage is Philippians 2:14-16 where the apostle Paul calls on believers to “shine like stars” among “a crooked and depraved generation.”

The first epistle of Peter also speaks eloquently about the calling of Christians to be a light to the people around. The apostle addresses Christians as “strangers in the world” (1:1) who have been “chosen” and called out of the world (1:2). At the same time he emphasizes their calling in the world: “You are a chosen people, a royal priesthood, a holy nation, a people belonging to God, that you may declare the praises of him who called you out of darkness into his wonderful light.” (2:9) Peter emphasizes both the ‘called-out’ aspect and the ‘be-a-blessing’ aspect of the Christian life.

1 Peter 2:11-12 reflects the same approach: “I urge you, as aliens and strangers in the world, to abstain from sinful desires, which war against your soul. Live such good lives among the pagans that, though they accuse you of doing wrong, they may see your good deeds and glorify God on the day he visits us.”

It has been suggested by some that Christians are to witness by their walk of life only (not by verbally evangelizing others). In 1 Peter there is not really such a dilemma. The Christian walk of life is clearly important: Christian wives are called to win their unbelieving husbands by their godly behaviour (3:1). At the same time the apostle exhorts Christians to speak up when there are opportunities. Peter says: “Always be prepared to give an answer to everyone who asks you to give the reason for the hope that you have.” (3:15)

We may draw the conclusion that a consistent picture emerges from both the Old and the New Testament: God’s people are a chosen people, called out of the world, called to live a holy life that (by the grace of God) will be instrumental in winning over others to repent and join God’s people.  While Christians are citizens of another Kingdom, they are called to be a blessing to others in this world so that many more people would find salvation in the Lord Jesus Christ.

A balanced approach is needed. The church is called out of the world but the church is also called to let its light shine into the world. Sometimes the ‘separation-from-the-world’ aspect is emphasized so strongly that the church lives in isolation from the broader society. The social network of believers is limited to the church network. Having contacts with un-churched people is frowned upon and considered to be dangerous.

This is not what the Bible teaches us. The apostle Paul assumes that believers have all kinds of contacts with outsiders. He does not exhort believers to avoid contact with unbelievers. He simply assumes that they have such contacts and he encourages them to “be wise in the way you act toward outsiders, making the most of every opportunity.” (Col. 4:5).

Sometimes, however, the missionary calling of the church is overemphasized to the extent that the church is seen primarily as church-for-others. It is suggested that the church’s main reason to exist is to be a mission to the world. The problem with this approach is that one forgets that the church is called to live a holy life, apart from the world. The church is not just a body of people that needs to increase in numbers – it also needs to be preserved. The apostle Peter said on the day of Pentecost: “Save yourselves from this corrupt generation!” (Acts 2:40)

There is no doubt, then, that evangelism is an important calling of the church. Every local congregation should examine itself whether it is faithful in this calling. And the Canadian Reformed Churches should examine themselves whether – as a federation – we are diligent and faithful in proclaiming the gospel to our fellow citizens in this country.

In the next article I hope to say more about the approach to evangelism which we have inherited from previous generations.